To prepare our BETA period for the upcoming March, our programmers were busy re-thinking, designing and re-working the new server’s architecture. We are switching from the old servers to our own dedicated servers: what will allow us to write a server-side code and facilitate data treatment.

In other words, non-dedicated servers mean that our program is acting as the server and also running the game at the same time, so performance is not as good which will cause lag and occasional FPS drops. While, dedicated servers are nothing but what it says: a program that is dedicated to doing nothing but act as a server for the game. For our case, the server runs part of the code and the rest is on the client side (to not overwhelm the servers).

While our programmers were busy working on the code, the artists felt the need to re-work something else: the art. For starter, they decided to update certain assets and props of our map Jibalba: how they look, map placement, colors… The result was good; it was so good that they decided to go deeper and continue working on other parts of the map: taking it off, re-design it or re-create it and then implement within the map. This cycle kept going until we found ourselves with a totally brand-new map. 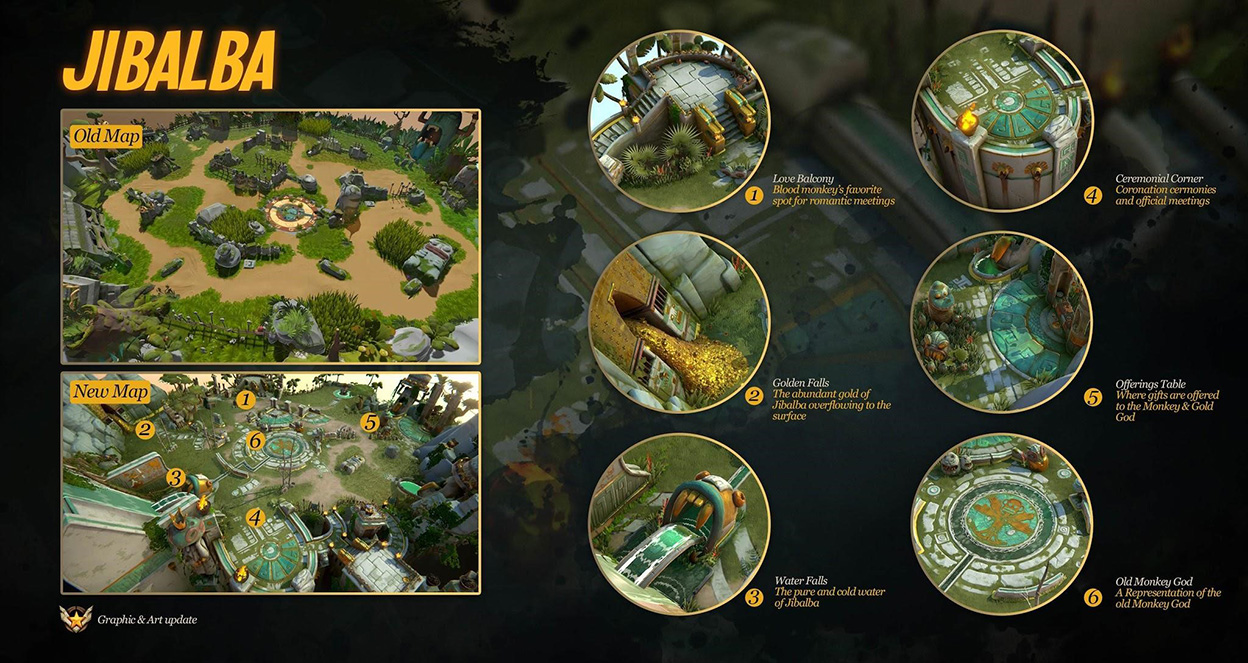 We found that the update gives a more authentic touch to the map and its story. We added more elements that reflects the nature of this island: gold & monkeys. This can be seen in the Gold falls that shows how much gold the monkey's control, filling the caves and over-flowing to the surface. Also, we tried to show a bit of the Blood Monkey’s culture: where they pay respect to their gods by offering tributes. Also, the balcony where the coronation ceremony of the Monkey King's happens.

We loved the work done on Jibalba, and that led us to put our other map under the microscope: Nueva Tortuga. Our oil production plant in the middle of the water was lacking some elements that can transform it into a fantastic battleground.

The first decision was to change the day time into night time: it was not an easy task, because we will have to spend a lot of time working on the lightning. The player needs to feel that it is indeed night and dark, but in the same he needs to have the ability to play without being penalized for the lack of vision. We are quite pleased with the results, because not only we achieved our goal, but it gave us a real eye-catching map.

We also made some changes on the assets location, size and colors to fit the new time of day. Our aim was to make the map fight-friendly in every corner. 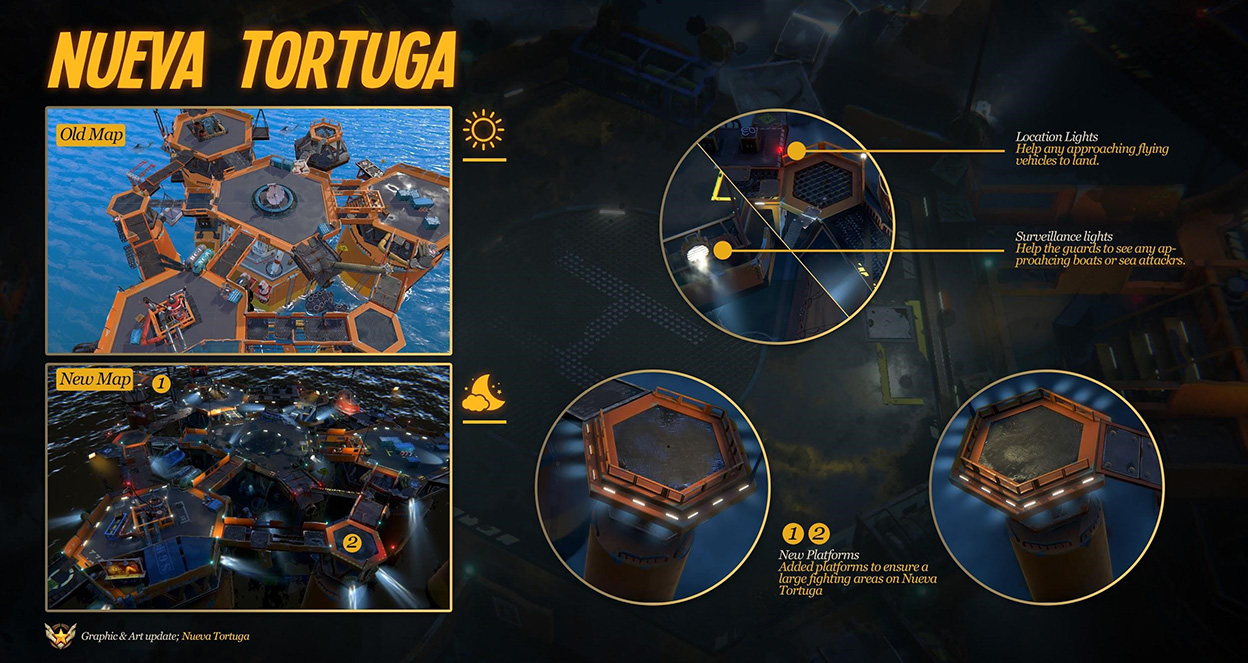 The final outcome that we are testing now is quite satisfying. This will only mean that we will for sure be taking our modification spirit to the other maps, starting with the Old Gustavo. We will give you a sneak peek when the artists have something good to show us ;)

Hello to all,  I know we were absent for several months: not sharing any news or updates about...

Our Veterans-Online's Trailer is Out! Check the Video, and Enjoy !Veterans Online is an on...